We’re one of the 10 Best Boudoir Photographers in Baltimore! 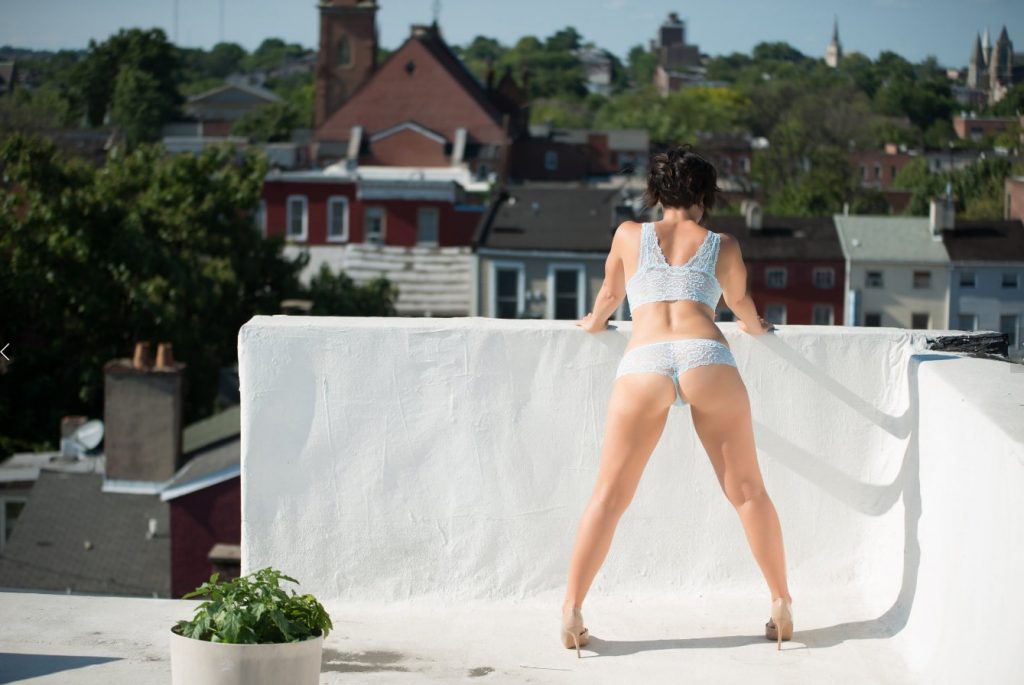 Every day, women are made to feel like they’re supposed to be smaller and quieter than they naturally are. It starts young; adolescent girls often have mental image of themselves as being ‘too big’ which really means taking up too much mental and emotional space. They’re constantly told they are too talkative, too loud, too fat, too opinionated, too enthusiastic and too bossy–that it is better, more “ladylike,” for girls to be demure modest, and quiet. And we carry that with us as we age into new, different forms of regulating women’s presence and impact in the world.

Women learn first and foremost to be “nice” (read: accommodating and amenable.) Even physically, we fold up into ourselves, cross our legs and keep our elbows in. Next time you’re in a large public space, watch how people are sitting and moving in relationship to one another. These silent, unconscious space negotiations are a window into dominance and the very right of an individual to exist within that space, and it’s a hard truth that women seem generally expected to make way for men.

I started testing this out a few years ago by choosing not to move out of the way when walking towards a man on the sidewalk or in a hallway. Eight times out of ten, the man simply ran into me, then stared with outrage or even swore. They are so accustomed to women moving for them, that my refusal to do so was an affront.

So what are some daily, achievable ways we can reclaim this space, to say to the world and ourselves, “I have a right to be here”?

1. Question “Manners.” Does the particular “good behavior” being asked of women and girls also apply to men and boys? If not, don’t do it. It’s not courtesy; it’s control.

2. Apologize Less. Start paying attention to how many times you say “sorry” in a single day. you’ll be astonished. Now begin replacing “Sorry” with “Thank you.”

3. Stop People Who Interrupt You. Or better yet, fall immediately silent and stare at them. Don’t pick up the thread once they’re finished. Yes, it’s uncomfortable, and extremely effective.

4. Call Out Crossed Boundaries. Part of being visible and taking up space means you are entitled to not suffer in that space. Good manners do not equal the silent tolerance of bad ones.

5. Never Apologize For Not Wearing Makeup. You don’t owe anyone a certain appearance.

6. Say “Leadership Skills” Instead of “Bossy.” Boys get called leaders; girls get called bossy. But those girls (and women) are leaders in their own right, and leaders by necessity take up all kinds of space in the world.

You are allowed to be visible. We don’t have to earn the right to space, but we do have to fight for it. These seemingly small ways we make room for our whole selves are actually invaluable. Live your truth, speak with conviction, laugh as loudly as you want, and insist on respect. Stretch out and enjoy the space you occupy. It’s all yours, baby.